You are here:
Health & NutritionSprouting Q&A

This is part two of a two part series.

On the internet, there seems to be a good deal of confusion about the safety of using GSE, and much has been written about it, so the purpose of this article is to help establish the facts. 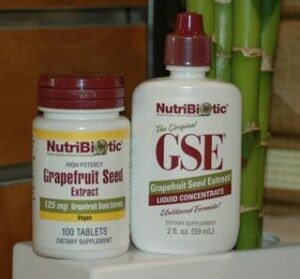 This month, in the second article in the series, Leslie looks at the history of the GSE debate, and the research organizations which have sought to discredit both its safety and effectiveness.  She investigates the methods these organizations have used in testing GSE, and poses the question as to how they could have reached conclusions which are directly opposed to those obtained by the Nutribiotic company – her specimen example – which has willingly subjected its products to third-party testing to prove its critics wrong.

Leslie points out that one of these independent laboratories, UBE Analytical Laboratories, states that what’s known as “a false positive” could provide the answer, since the occurrence of these “false positives” depends on the type of test used and the molecular weight of the elements being tested.

The primary research paper to which most opponents of GSE refer is one funded by the USDA in 2001.  The Nutribiotic company was mentioned in this paper, and was able to provide Leslie with copies of lab results which showed that no harmful chemicals or synthetic preservatives were found in the samples tested.  Nutribiotic was also able to explain how the USDA-funded test results could not be verified.

Amongst other test results which Leslie investigated was one funded by the Institute of Pharmacy in Germany – the abstract of which did not describe the type of tests used to identify the chemicals used in the tests.  Another interesting fact which she uncovered was that the Canadian magazine, alive, was forced to print an apology for having published a letter from a reader warning of the adverse effects of using GSE.  The magazine also had to confirm that Health Canada had in effect determined that “GSE is both safe and effective”.

If you’d like to read in full the second article on this subject, it can be found in the June 2013, issue # 185, of Parrots magazine, in Leslie’s regular column entitled The Holistic Parrot – www.parrotmag.com.