You are here:
ConservationHealth & Nutrition 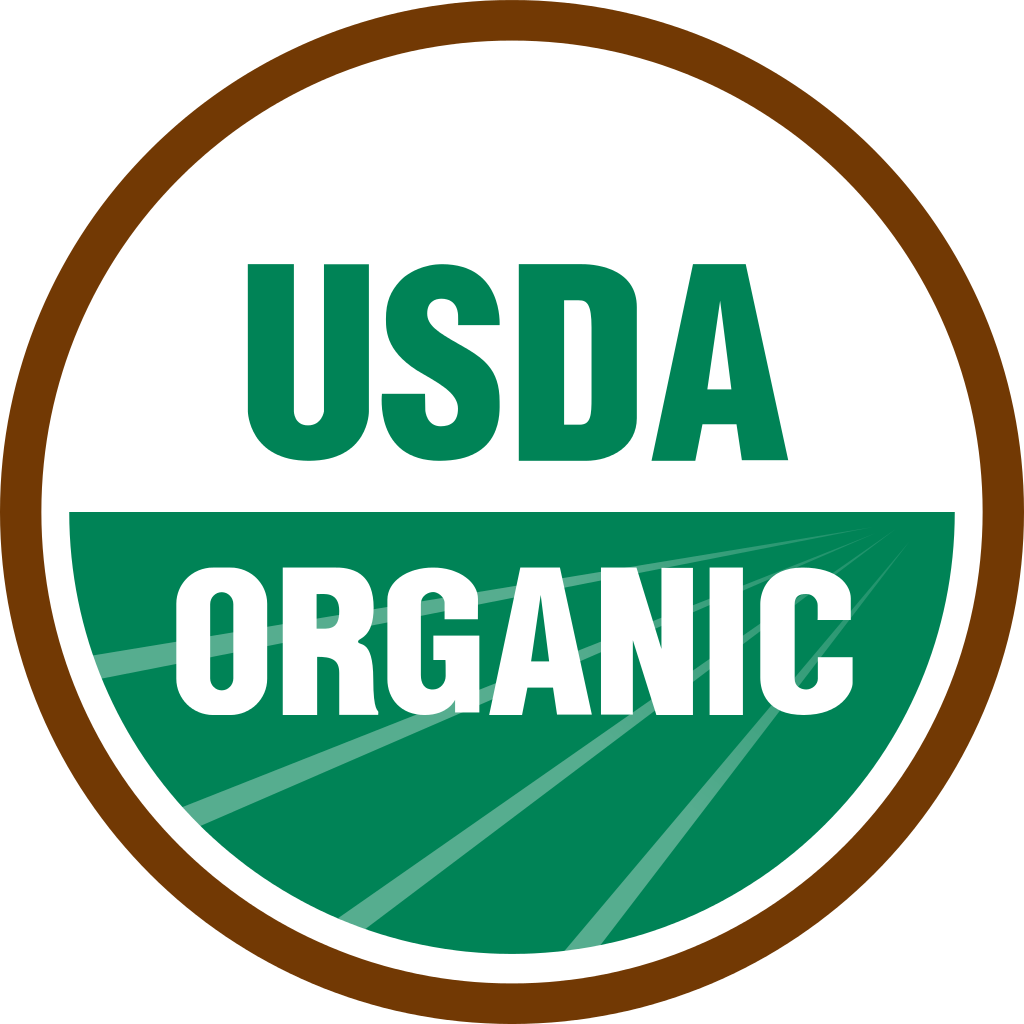 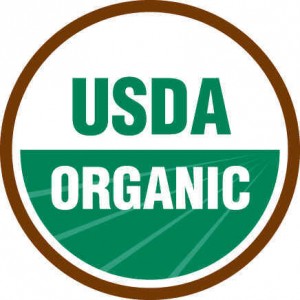 .
When the Washington Post, the LA Times and the New York Times all present similar positions, we have to agree there’s probably something worth looking at.  Originally from September 3, 2012.
.
.

Better for Our Environment

Nora Pouillon, Food and Lifestyle writer for the Washington Post in her blog, ‘Organics are Healthier for You’,  explains that although she’s no scientist, she has been cooking and advocating organic foods for 40 years because she’s convinced they’re healthier — for our bodies, for the people who grow them and for the earth.  According to Pouillon, “Nothing in the Stanford study changed my mind; read closely, it actually supports what we know — that organic foods contain far fewer pesticides that are proven harmful to our health than conventional foods. And that it’s silent on perhaps the most important issue: that organic foods help sustain a healthy environment for ourselves and our children.”
.
.

All of these prominent newspapers explain that the study wasn’t actually new research, but a meta-study of existing data, mixing apples and oranges of studies on population and produce nutrient and contamination levels that concluded: “The published literature lacks strong evidence that organic foods are significantly more nutritious than conventional foods.” Pouillon continues, “But this doesn’t mean that organic foods aren’t more nutritious and better for us — it just means that to date there’s very little scientific evidence. Determining whether organics are more nutritious would require a huge, lengthy study comparing a large group of people eating strictly organic foods to a control group eating conventional foods, measuring their health outcomes over decades – not over just a 12 to 18 month period. No one has done that.”
.
.

Instead, the Stanford researchers looked at studies demonstrating clinically significant improvement in subjects after short periods of eating organic foods. Not surprisingly, they found few. As Charles Benbrook, a researcher at the Organic Center in Boulder, Colo., notes, this is a fairly ridiculous standard. Switching from conventional to organic food isn’t apt to show huge clinical improvements in health within two years, curing heart disease or cancer. Organic vegetables are healthy, not magical.
.
.

An LA Times editorial explains that the Stanford researchers found studies showing that 38% of conventional produce contains pesticide residue (compared with 7% of organic produce), yet shrugged this off because the chemical traces were usually below the levels considered safe for human consumption by the Environmental Protection Agency. But debate rages about whether EPA limits are really safe; in 2010, President Obama’s Cancer Panel recommended that consumers eat organic produce, concluding that federal protections are weak and research on the subject is inadequate.
.
.

New York Times writer, Kenneth Chang, reiterated that the motivation for buying and eating organic is to reduce an individual’s exposure to pesticides. Unfortunately, the Standford Organic Study downplays the importance for pregnant women and their young children to eat organic foods. The New York Times points to three studies published last year (2011), by scientists at Columbia University, the University of California, Berkeley, and Mount Sinai Hospital in Manhattan. The studies identified pregnant women exposed to higher amounts of pesticides known as organophosphates and then followed their children for years. In elementary school, those children had, on average, I.Q.’s several points lower than those of their peers. 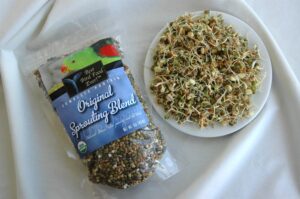 Organic is Better for Our Environment

At the Center for Food Safety, Lisa Bunin, PhD, Organic Policy Coordinator, explains that, the Stanford Study Hits the Stats, but misses the Point. “It’s not the nutritional features that distinguish organic from conventional food that are most relevant; it’s the safer, healthier growing practices that define the organics sector that deserve focus. Safer and healthier for the environment, farmworkers and wildlife. Safer and healthier for human consumption.”
.
.
The Stanford Study authors fail to recognize the overwhelming importance of the quality of growing practices as the defining factor between conventional farming and organic farming practices.
.
.

According to Tom Philpott, food and agriculture blogger for Mother Jones, there are ‘5 Ways the Stanford Study Sells Organics Short’.
1. Conventional produce is much worse than organic on the pesticide-exposure question than the 30 percent number the Stanford Study suggests. Chuck Benbrook, research professor at Washington State University’ Center for Sustaining Agriculture and Natural Resources calculates that organic foods have an overall 81% lower risk of pesticide residue.
.
.
2. To arrive at their “risk difference” metric, the Stanford Study authors didn’t distinguish between a single pesticide trace and multiple traces; or between light traces and heavier traces. According to Benbrook a) most residues in organic food occur at much lower levels than in conventional food. b) There are less likely to be pesticide residues in organic foods. c) Multiple pesticide residues in a single sample are rare in organic food but are common in conventionally grown produce.  And d) High-­risk pesticides rarely appear as residues in organic food, and when they do, the levels are usually much lower than those found in conventional food (especially the levels in imported produce).
Now, the authors of the Stanford Study might reply that all of this is trivial, because the traces that researchers find on produce, whether conventional or organic, almost always come in at levels below the EPA’s safety threshold. However:
.
.
3. This ignores a growing body of research that pregnant women’s fetuses can be harmed at low exposures of organophosphate pesticides, as can young children. And the birds we care for maybe equally as sensitive, or even more sensitive, than young children.
.
.
4. The authors of the Stanford Study—like the EPA itself—ignore the “cocktail effect” of exposure to several pesticides, say, from a single apple. The Environmental Working Group’s analysis of USDA data shows, conventional produce like apples, blueberries, and bell peppers often carry traces of many pesticides.  While the EPA regulates pesticide traces only on an individual basis. The EPA disregards any possibility of synergistic effects. Meaning that the combination of two or more pesticides can create a combined effect that is greater than the sum of  their separate effects. The European Commission is starting to take the synergy of pesticides more seriously. Here’s a report commissioned by the European Commission in 2009:
An overview: “There is a consensus in the field of mixture toxicology that the customary chemical-by-chemical approach to risk assessment might be too simplistic. It is in danger of underestimating the risk of chemicals to human health and to the environment.”
Which leads us to the fifth point:
.
.
5. We probably know more about how exposure to low levels of multiple pesticides affect amphibians than we do about how they affect people—and what our amphibious friends are telling us isn’t pretty. In short, the Stanford Study seriously underplays the benefit of going organic to avoid pesticide traces, especially for vulnerable populations like pregnant women and kids.
.
Organic foods are also safer for the companion animals we love and care for, our feathered and furry family members.
.
Thank you to Tom Philpott, Nora Pouillon, Kenneth Chang, Lisa Bunin and the LA Times editorial for bringing to light the short comings of the Stanford Organic Study.
Categories: Conservation, Health & NutritionBy Leslie MoranFebruary 4, 2014Leave a comment

What is Holistic Health Care for Parrots?
March 4, 2019