You are here:
Health & NutritionParrots Magazine 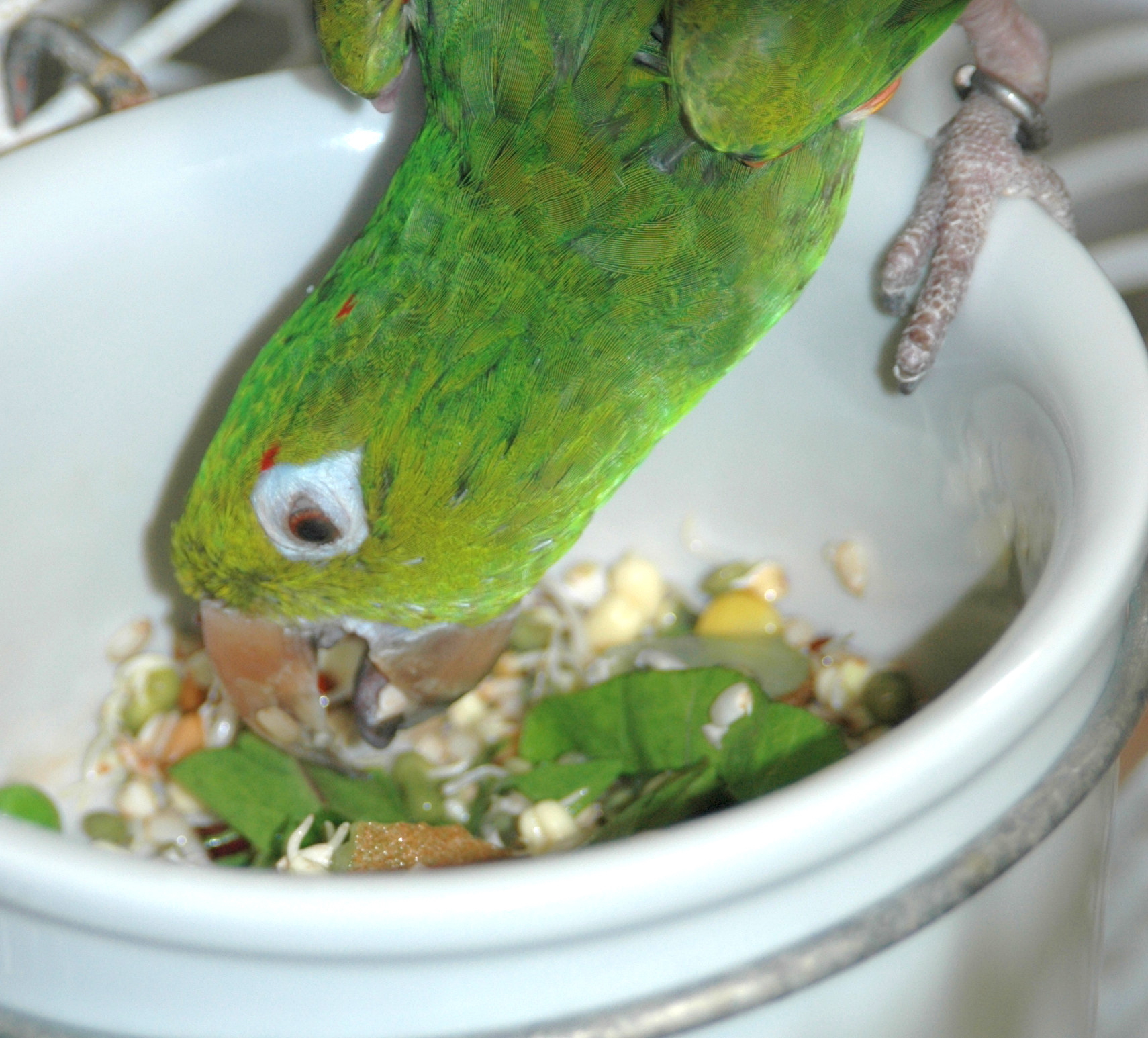 The poultry industry defines probiotics as “a culture of specific living microorganisms which beneficially affects the host animal by improving its intestinal microbial balance”. (1)
.
In broiler nutrition, probiotic species belonging to Lactobacillus, Streptococcus, Bacillus, Bifidobacterium, Enterococcus, and Saccharomyces have been shown to produce a beneficial effect on broiler performance. (1).  According to the currently adopted definition by  the Food and Agriculture Organization (FAO) of the United Nations and the World Health Organization (WHO), probiotics are defined as: “live microorganisms which when administered in adequate amounts confer a health benefit on the host”. More precisely, probiotics are live microorganisms of nonpathogenic and nontoxic in nature, which when administered through the digestive route, are favorable to the host’s health. (1)
.
.

Similarities Between Poultry and Parrots

Some people are concerned about the validity of using poultry research results with parrots.  In my research I’ve learned there are many similarities between the digestive tract of galliformes (the order poultry is classified under) and psittacines.  The largest  difference is that chickens generally have a well developed ceca while parrots have either a vestigial (useless) ceca or none at all. (1)
The avian cecum is a multipurpose organ, with the potential to act in many different ways.  The cecum has been found to be a site for fermentation and further digestion of food (especially for breakdown of cellulose), for utilization and absorption of water, for microbial action of both beneficial and disease-causing organisms, and as a site for production of immunoglobulins and antibodies.(1)  In galliformes the ceca flora probably plays an important role in the synthesis of vitamins. (1)
.
However, researchers have noted that due to the genetic changes in chickens that have occurred from domestication, the lack of any fresh foods in the diet and the almost universal use of poultry feed (laced with antibiotics), the cecum has lost much or even all of its natural microflora, fauna and physiological capabilities. (2)
.
I now understand why the poultry industry is so interested in the benefits of feeding probiotics. However, since domestic poultry now appears to possess a useless cecum – like psittacines – perhaps we may  be able to make use of the poultry industry’s research findings in the hopes of seeing similar positive results in our birds.
.
.

The beneficial results of providing probiotics to poultry include maintaining normal intestinal microflora, decreasing bacterial enzyme activity and increasing digestive enzymes. These findings result in improving food consumption and digestion.  In young birds receiving probiotics their weight gain was significantly higher than controls, with birds being weighed on a weekly basis.  Probiotics have also been shown to help clear bacterial infections and can inhibit some non-beneficial pathogens in the GI (gastrointestinal) tract.(1)
.
.

The Effects of Stress

Most researchers have noted that there is an unstable balance of beneficial and non-beneficial bacteria in the tract of normal, healthy, non-stressed poultry.  When a balance exists, the bird performs to its maximum efficiency, but if stress is imposed, the beneficial flora, especially
lactobacilli, have a tendency to decrease in numbers and an overgrowth of the non-beneficial ones
seems to occur. This occurrence may predispose the bird to acute disease, such as diarrhea, or contribute to subclinical  expressions such as poor food consumption, incomplete digestion and below normal growth.  The protective flora which establishes itself in the gut is normally very stable, however, it can be adversely effected by some dietary and environmental factors. The three most important are antibiotic therapy, stress and excessive hygiene which prevents the chick from receiving healthy, natural gut flora from the parent.  (1)
.
.

Qualities to Look For

So, with a variety of avian-specific probiotics being available what are the qualities to look for in a blue ribbon product?
.
Look for a avian-specific probiotic that contains multiple bacterial strains.  More than twenty years ago researchers determined that a blend of microbial probiotics produces more effective results than using a single strain. When Lactobacillus casei and Lactobacillus acidophilus were tested individually and together it was found that the mixture was more effective than the strains given alone. This suggests that a mixture of bacteria is more effective and the individual effects of the component strains may be additive.(3)
.

When purchasing avian-specific probiotics you must be aware to avoid probiotics that contain nonviable probiotics.  These are dead organisms that can not naturally multiply in the avian gut.  The label must specify live bacterial strains.  Likewise, avoid freeze-dried probiotics. These will die quickly if not stored under refrigeration.  A poor quality avian-specific probiotic may have a shelf life of 100 days or less unless refrigerated. Also ensure that the correct  subspecies of Lactobacillus acidophilus,  Enterococcus faecium (or Streptococcus faecium) are included.  Because I want you to receive the best results possible when using probiotics with your birds I’m suggesting you avoid probiotics utilizing these ingredients or practices.
.
It is also important to look for a non-GMO probiotic. The adverse effects of GMOs are just beginning to be documented. The profound wisdom and naturally occurring balance of nature proclaims that natural (Kosher – nothing added, nothing removed) is always better than something modified by the imperfections of the human mind.
.

This article contains excerpts from The Holistic Parrot column, that appeared in the June 2010, # 149 and July 2010, #150, issues of Parrots magazine. 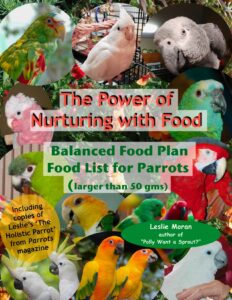